We are recruiting! If you are a qualified Trade Mark Attorney with at least 4 years’ post-qualification experience then please click below and read on.

It’s Supermac’s 1 – 1 McDonald’s, but we’re not done yet in this burger trade mark case… 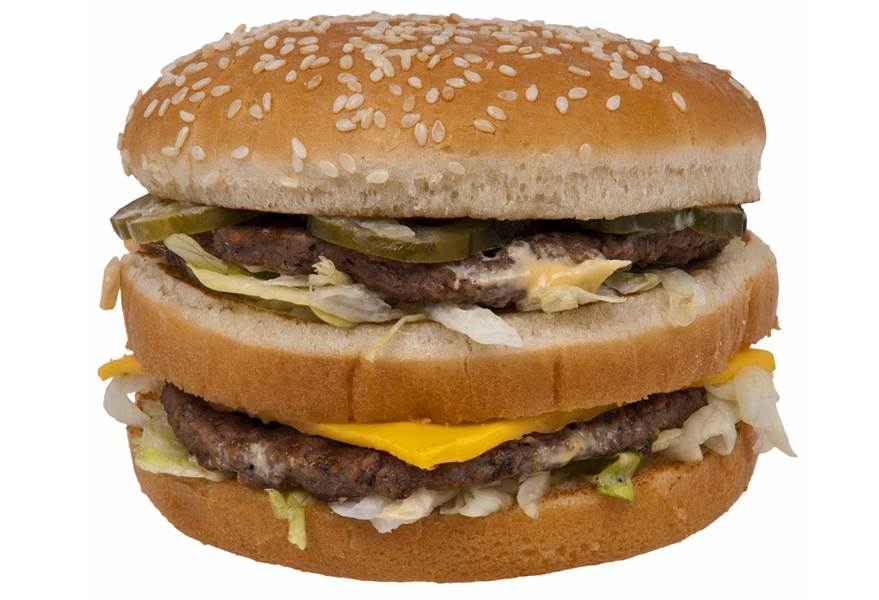 Most people (other than vegetarians of course) have enjoyed a McDonald’s “Big Mac” or two in their lives. The burger seems to have been around for ever.

The application for revocation of the McDonald’s BIG MAC registration was initiated by Supermac’s, an Irish-based fast food restaurant group.

It came about following an attempt by Supermac’s to extend protection for their SUPERMAC’S brand across the European Union.

McDonald’s spotted the Supermac’s application and decided to oppose it on the basis of their  plethora of trade mark rights for “Mc” and “Mac” marks, including McDONALD’S, McFLURRY, McFISH and, of course, BIG MAC.

In deciding the case, the European Union Intellectual Property Office (EUIPO) chose to make the comparison of “SUPERMAC’S” with “BIG MAC” and found in favour of McDonalds. They stated that SUPERMAC’S is “confusingly-similar” to BIG MAC on the basis of two key considerations as follows:

(2) a “conceptual” similarity of the word “SUPER” with “BIG”, to the extent that both words are considered to convey a similar message.

As a consequence, the SUPERMAC’S application was rejected.

Supermac’s lodged an appeal against the decision but then quickly withdrew it. They were far from finished though. Subsequently, they took the retaliatory step of applying to cancel the McDonald’s BIG MAC registration for non-use.

McDonald’s defended the non-use action the only way they could and duly submitted a variety of evidence materials in order to show use of the BIG MAC trade mark in commerce. Included within the evidence materials were three sworn affidavits (statements made by McDonald’s representatives), print-outs from the McDonald’s website, a Wikipedia extract and various advertising posters and brochures.

Incredibly, and despite everything McDonald’s had submitted in attempt to show the BIG MAC mark had been used in the European Union over the last few years, the evidence was found by the EUIPO to be insufficient. As a result, a decision was issued in Supermac’s favour and McDonald’s was stripped of their BIG MAC trade mark registration. In doing so, the EUIPO summarised that McDonald’s had failed to prove genuine use of the BIG MAC mark. The registration was revoked in its entirety.

For the practitioners amongst us this decision provides guidance on the precise nature of evidence the EUIPO consider sufficient in order to prove “genuine use” of a trade mark. Typically, independent trade evidence will always carry more weight than statements made directly by a trade mark owner or by parties affiliated with the owner.

Furthermore, mere evidence of a trade mark reproduced on packaging, in brochures or on websites is often inadequate by itself to prove “use”, unless supporting evidence is provided to show that actual commercial “sales” of a product have taken place. Sales and turnover figures are always important aspects of showing use but they should always be supported, usually by way of redacted invoice copies.

At the time of writing McDonald’s have not appealed the decision but it is hard to imagine them not doing so. This case is surely not over.

At Stevens Hewlett & Perkins our Trade Mark Attorneys have the expertise you need. We cover a diverse range of trade mark matters including devising trade mark filing programme strategies, handling oppositions and cancellations, dealing with the prosecution of trade mark applications and the maintenance of registrations.

We offer a free, no-obligation consultation. Get free trade mark advice today and let us help you.

Need to be updated? Sign up to our monthly newsletter. We provide regular articles about IP law changes and IP related stories relevant to our clients and their businesses. You can also keep up to date with goings on at SH&P, useful events for your diary or our charitable fundraising activities.
© 2021 Stevens Hewlett & Perkins - All Rights Reserved SH&P is regulated by IPReg
Website by ORCA