We are recruiting! If you are a qualified Trade Mark Attorney with at least 4 years’ post-qualification experience then please click below and read on.

Do you know what all these brands have in common? 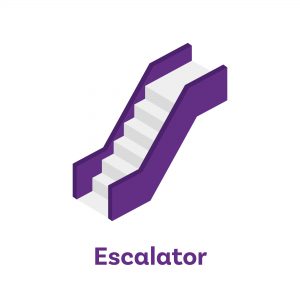 They were once highly effective trade marks but have since been categorised as a generic term for certain goods because many people now refer to them collectively by the trade marks rather than by a specific brand. One everyday example is Hoover – we’ve become so accustomed to calling all vacuum cleaners Hoovers that the term has become generic for these goods. Same goes for an Escalator, do you know anyone who calls it a moving vertical stairway? Neither do we!

A lot of companies and marketing consultants often think that a catchy name will be top of the list when bringing out new products, but trade marks lose their effectiveness if consumers think the trade mark is the name of the product itself. Aspirin, for example, was originally a trade mark of Bayer who were later forced to give up their rights in the US, UK and France as it became so engrained as a household name that it lost its distinctiveness.

When this happens, it’s known as Genericide. Genericide is the term used when a company asks for the cancellation of a trademark because it has become generic and ceased functioning as an indication of trade origin. This brings a whole wealth of difficulties for the original company. Any competitor can use the name to promote their products which makes it even harder for the original trade mark owner to advertise as there could be hundreds or even thousands of companies offering the same ‘branded’ product. Even if there are just a handful of competitors, the trade mark owner’s reputation could suffer if competing products are of an inferior standard or even dangerous!

Xerox are in danger of Genericide, although mainly in the US rather than here in the UK. In 2003 they brought out an advert which read “When you use ‘Xerox’ the way you use ‘Aspirin’, we get a headache”. Calling a photocopier or copy machine a Xerox is a common mistake and could cost them their brand name if used too often in this way.

These are all great examples of trade mark owners needing to keep on top of unauthorised use of their brand name. Policing the market effectively will ensure valuable trade marks do not become descriptive.

If you’re thinking of developing a new trade mark name take care to ensure that it will do the job intended by paying attention to this list which details the five categories of differing strengths of words.

Fanciful: These are the strongest types of mark as they tend to be invented words which have no literal meaning having been made up for the particular product. Examples of this are Exxon, Kodak and Google.

Arbitrary: These marks are real words that don’t correlate to the product itself. A prime example is Apple whose interest rests with technology not selling the fruit itself.

Suggestive: These marks are akin to fanciful marks except they convey an impression which suggests the nature, quality or characteristic of a product. Often these are coined using combinations of common dictionary words outside their usual context. An example here is Microsoft – software for microcomputers.

Descriptive (including common surnames):  More often than not, such marks are not registered  as a trade mark because they could describe the nature or some characteristic of the services or goods offered under the mark. e.g using  words such as ‘Light’ for portable computers. Some descriptive trade marks are valuable and achieve registration by acquiring “secondary meaning” over a period of time. Secondary meaning is achieved when consumers recognise the trade mark as the brand of a particular trade source rather than a mere product description. Generally, this occurs over a period of years and evidence, including widespread use and large amounts of advertising and publicity will be required to secure a registration. Microsoft’s well known Windows software system is a good example of a descriptive word which achieved secondary meaning through use.

Generic: This type of word serves no trade mark function. They cannot ever be considered as a trade mark. The reason being that no single company or individual can claim ownership of a word which is commonly used to directly describe the goods or services in question. Smartphone or E-mail fall into this category.

Choosing a new trade mark or brand name can be complicated but need not be painfully difficult. With the right advice, you can create the branding you need and avoid the pitfalls of Genericism. If reading through the through the five categories has inspired your branding ideas, why not get in touch with us for some free advice by booking a SH&P IP Consultation and Review. We’ll provide you with the guidance and assistance you need to take your business forward to the next level.

Need to be updated? Sign up to our monthly newsletter. We provide regular articles about IP law changes and IP related stories relevant to our clients and their businesses. You can also keep up to date with goings on at SH&P, useful events for your diary or our charitable fundraising activities.
© 2021 Stevens Hewlett & Perkins - All Rights Reserved SH&P is regulated by IPReg
Website by ORCA